The Long Walk – Clearing Syria One IED at a Time

11/12/2020
Thanks to the generous donation of the Austrian Development Agency and the Knights of Columbus, ITF has been supporting explosive hazards clearance in NE Syria in 2020. Chris Hunter, member of clearance team operating in the country, shares his thoughts.

In Northeast Syria, improvised explosive devices (IEDs) continue to present one of the biggest threats to civilian lives and limbs. They are designed to be particularly dangerous and unpredictable, with countless ways of being triggered.

Extremely specific expertise is required to be able to safely approach, de-activate and remove IEDs – a single wrong move can be lethal. ITF is grateful to be able to cooperate with experienced teams who work diligently to return vast amounts of land to local communities. Thanks to recent activities, 1.12 million square meters of land was cleared, allowing displaced persons to safely return home and residents to be able to resume farming. 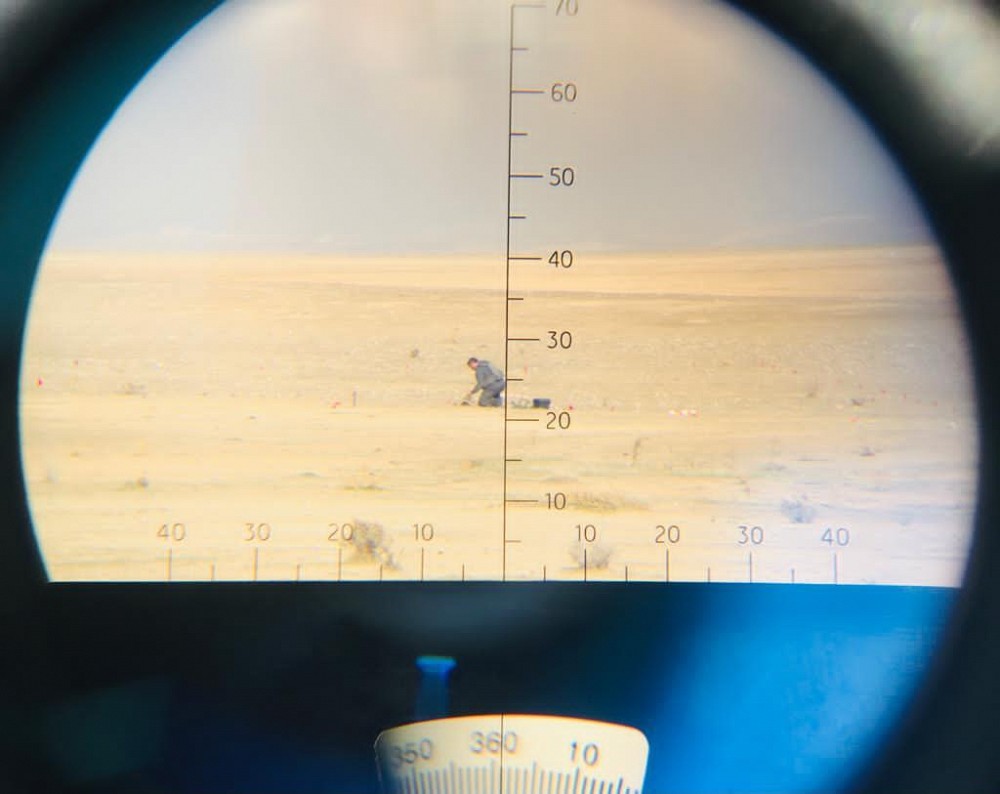 Chris Hunter, a Senior Technical Advisor of one of the ITF supported clearance teams, shares his thoughts and experiences on this important mission.

“Improvised explosive device (IED) disposal. It has been described by some as the most dangerous job in the World. Walking up to an IED and neutralizing it is one of the most exhilarating yet gratifying experiences imaginable. When you witness the truly terrible and indiscriminate effects of a bomb exploding – and the devastating impact it continues to have on people’s lives once the smoke and dust has settled, it really is truly heart breaking. However, when an IED is found and you and your team are able to make it safe and prevent a scene of carnage from re-occurring, there is no feeling like it. 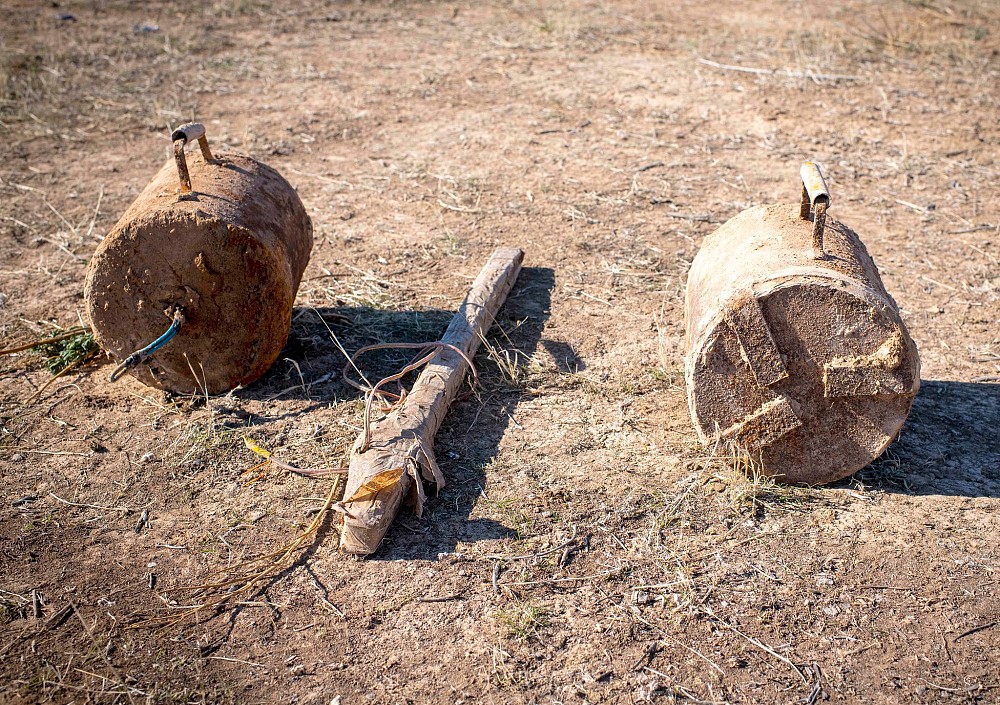 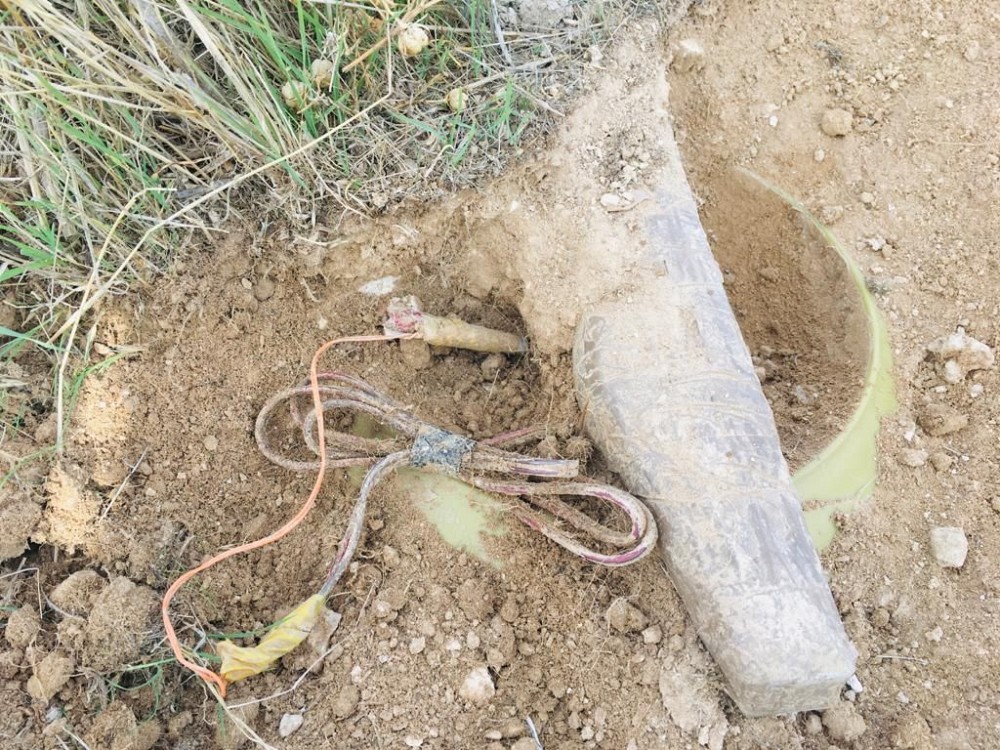 For the men and women who take the ‘long walk’ it’s one of the most stimulating and rewarding occupations imaginable.

As a humanitarian EOD operator, you take the long walk up to the IED, often carrying an array of equipment as you enter a state of heightened awareness where literally every sense is on full alert. You quickly clear your mind of all the usual day-to-day thoughts and very quickly focus entirely on the bomb. Where it is, how it is likely to be constructed, and what the bomb-maker who designed it is trying to achieve. Is he trying to kill innocent civilians; is he trying to kill the police or members of the security forces; or is he trying to kill me?! The device might just be an obvious “come-on that has been placed to lure our EOD teams into the area” so that one of us can be killed by something more sinister. In essence, you sometimes have to play a game of extreme chess with the bomber every time you take that long walk. However, while you never really fixate on death or failure, in the back of your mind you still maintain a healthy measure of paranoia, because there is no margin for error. Total failure or complete success. 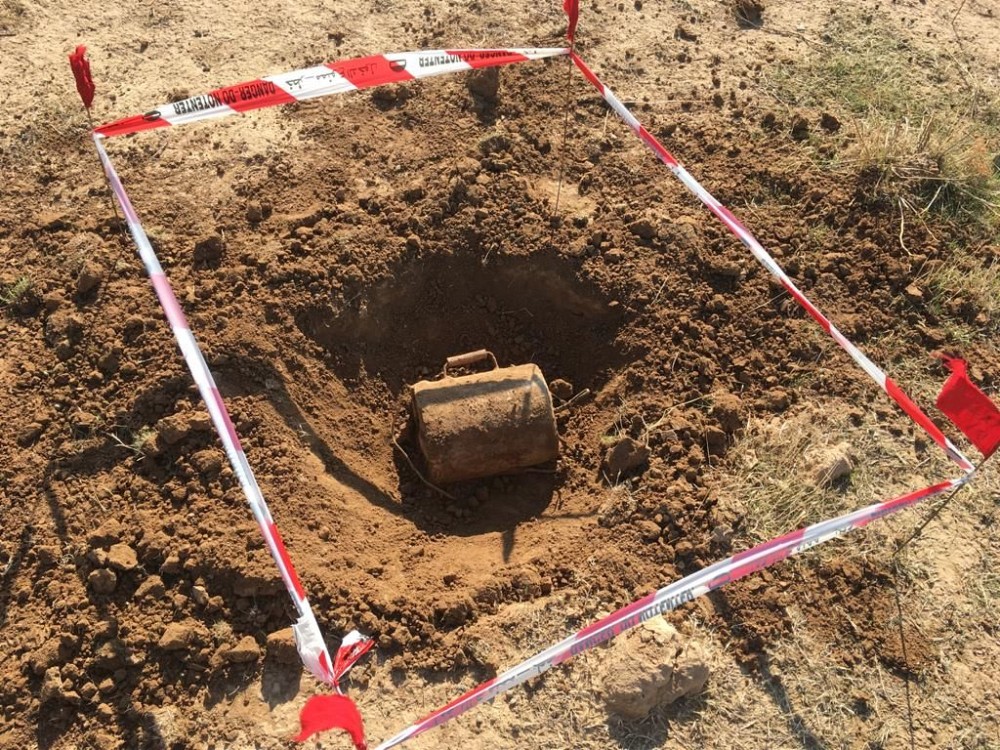 People often ask why we do it; thankfully very few do it for the adrenalin rush; I have met some who have chosen this profession to seek some sort of personal atonement for a regrettable episode in their lives. However, I think most of us do it out of a good old-fashioned sense of duty – just because they want to make a difference.

I suppose a better question is what makes us stay? There is something immensely fulfilling about neutralizing a weapon designed to kill and maim large numbers of innocent people. Everybody I know who works in this profession is hooked. It has to be one of the most rewarding jobs on the planet. And it doesn’t just motivate us mentally; the fact that we contribute to saving the lives of a number of people we don’t know and would more than likely never meet is massively inspiring on a spiritual level too. Not a single day goes by now when somebody is not killed by an IED. 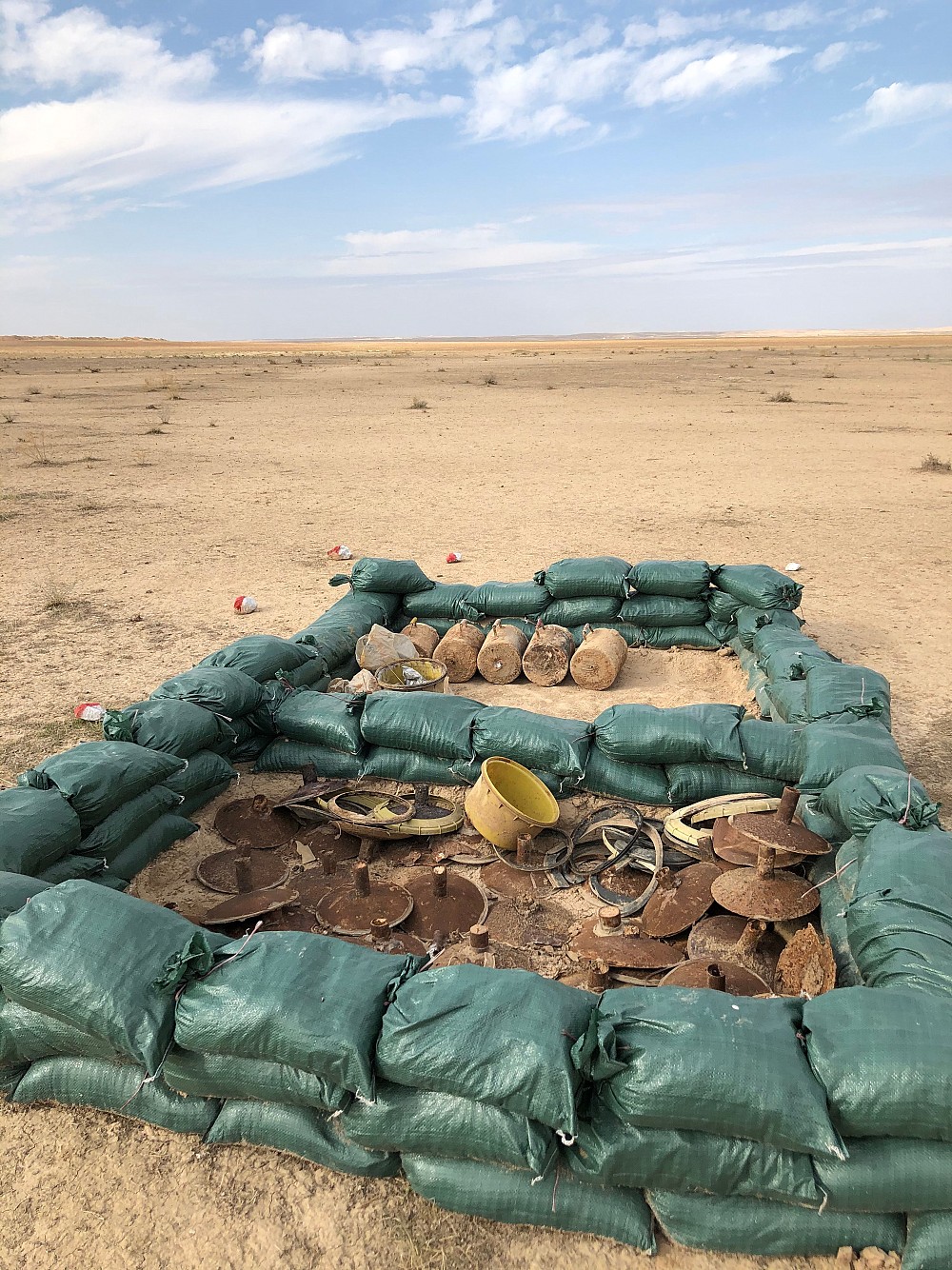 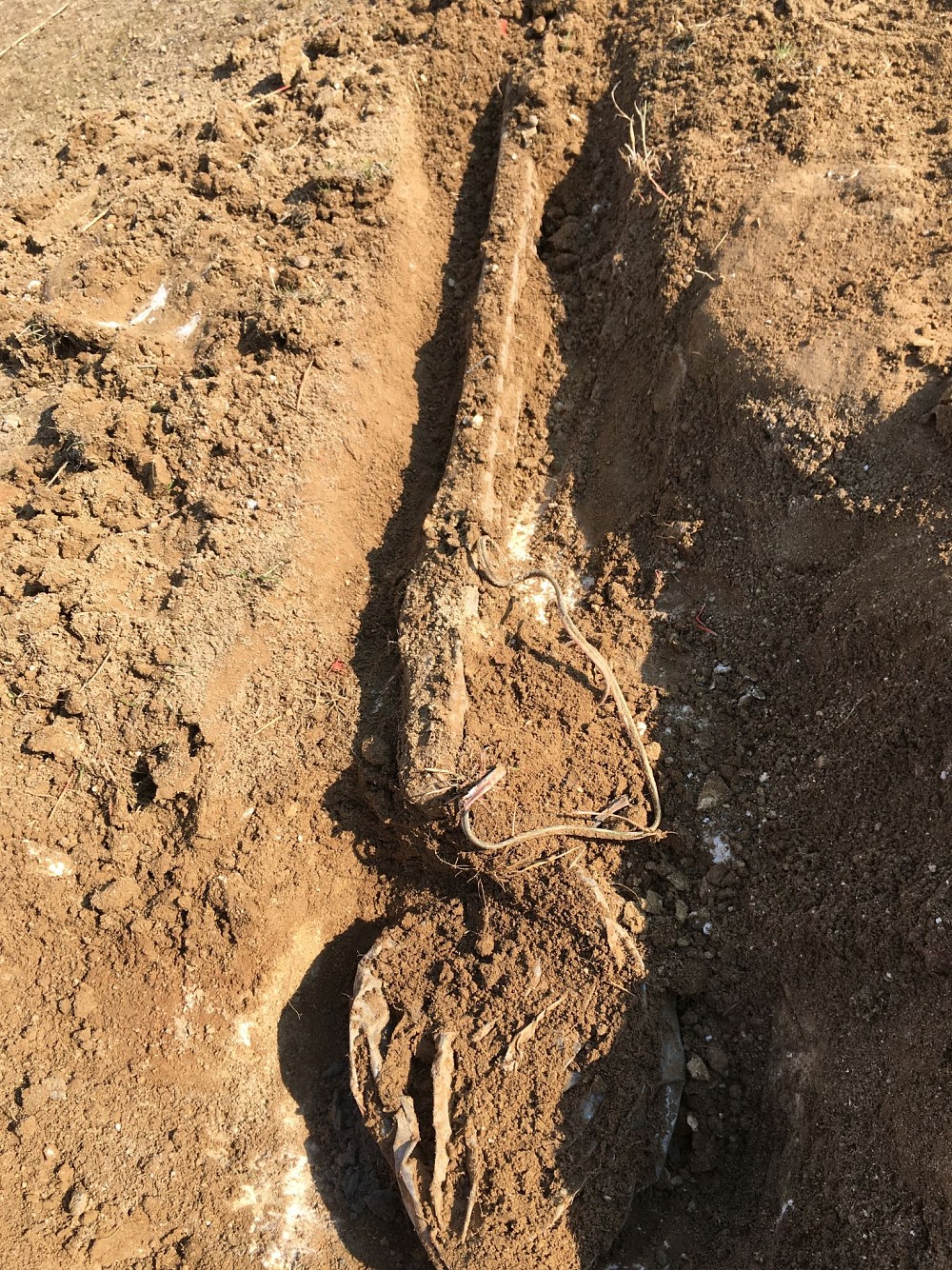 Yet despite the occasional risks and accompanying trauma, we love what we do. It is a vocation, a way of life. And if you asked a retired operator if he or she would do it all over again, you’d probably get the same answer every time:

ITF is honored to work with these brave and devoted men and women and grateful to the Austrian Development Agency and the Knights of Columbus for financially supporting clearance activities in Northeast Syria.