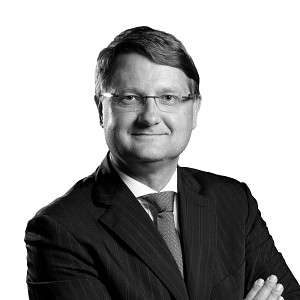 Amb Tomaž Lovrenčič
Director
Einfo@​itf.si
Amb Lovrenčič received Masters Degree from Georgetown University and is graduate of Cycle des Hautes Études Européenes at L'École Nationale d'Administration. During his career, he took on a variety of positions in the fields of diplomacy and international security. Among other roles, he served as the Political Director/Director General at the Ministry for Foreign Affairs of the Republic of Slovenia, Director of the EU Satellite Centre, and Ambassador to the Kingdom of Spain. 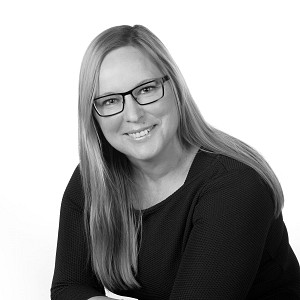 Ms Sabina Beber Boštjančič
Deputy Director
Esabina.beber-​bostjancic@​itf.si
Sabina joined ITF in 2001 as Project Manager responsible for projects in Albania, Serbia, Kosovo* and Montenegro after graduating in Political Science from the University of Ljubljana. After ten years of ITF’s operational leadership and with vast experience in humanitarian mine action, project management, fundraising and advocacy she has been ITF’s Deputy Director since 2014. 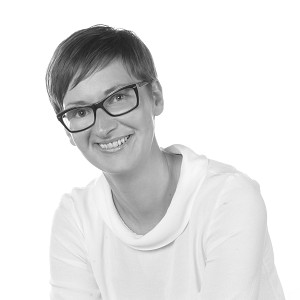 Ms Katarina Cvikl Balić
Head of ITF Implementation Office in Iraq
Ekatarina.cvikl-​balic@​itf.si
Katarina holds a Master’s degree in International Development from the University of Manchester (UK). She joined the ITF team in 2015, after working for a think-tank in Sarajevo, Bosnia and Herzegovina as a researcher. In addition to developing and managing projects in Iraq and Syria she is also engaged in ITF's public relations. 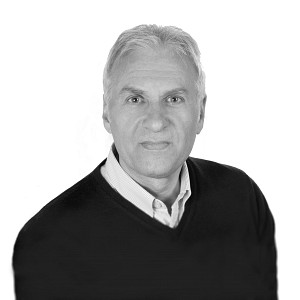 Mr Andrej Golob
Project Manager
Eandrej.golob@​itf.si
Andrej started to work for ITF when he took over ITF’s Office in Croatia in 2002. Upon graduating in Economics from the University of Belgrade, he changed several different positions at Slovenian companies. Currently, he is responsible for project implementation in Colombia, Croatia and Serbia. 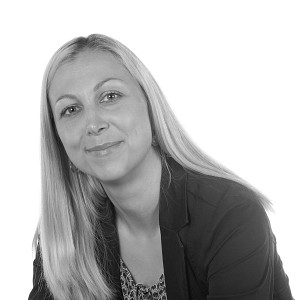 Ms Andreja Gorišek
General Affairs and Human Resources
Eandreja.gorisek@​itf.si
Andreja joined ITF in 2003 as an Intern after graduating from Celje School of Economics. She is currently pursuing her Bachelor’s Degree in Administration from University of Ljubljana. During her time at ITF she has held various positions, including being Head of the Main ITF Office. Currently, she is responsible for running overall administration and human resources management. 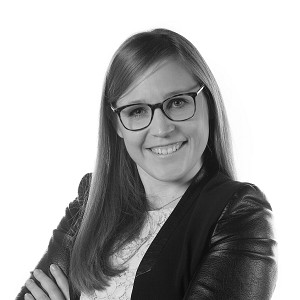 Ms Nina Ivić Brezovar
Project Manager
Enina.ivic@​itf.si
Nina joined the ITF team in 2016 as an Intern during her studies of International Relations at the University of Ljubljana. She holds a Bachelor's degree, but is currently pursuing a Master’s degree from the same field. Prior to joining ITF Nina gained international experience in team and project management. At ITF, her responsibilities include activities related to project management and public relations. 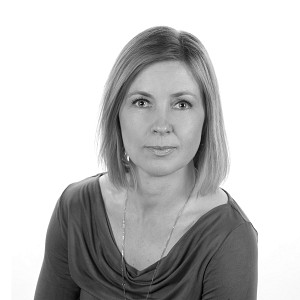 Ms Karmen Kadunc
Financial Officer
Ekarmen.kadunc@​itf.si
Karmen has been a part of the ITF team since 2000. After joining ITF, she acquired a Bachelor Degree in Management Studies from the University of Maribor. Karmen is primarily responsible for the financial management and oversight of donor funds, financial reports, financial monitoring of projects and financial plans. 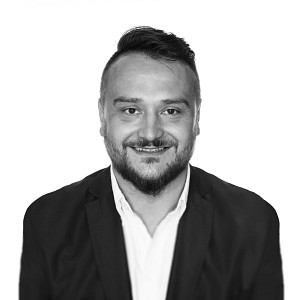 Mr Aldin Korjenić
Demining Coordinator
Ealdin.korjenic@​itf.si
Aldin joined the ITF office in BiH in 2014. After graduating in Criminology from the University of Sarajevo, he progressed from different positions at a variety of BiH companies. His role of Demining Coordinator at ITF includes preparing weekly progress reports, monitoring, organisation of site visits and activities relating to demining operations. 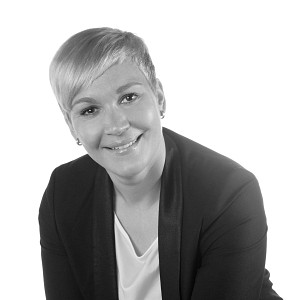 Ms Urša Marinšek Šrot
Open Calls and Projects Coordinator
Eursa.marinsek-​srot@​itf.si
Urša joined ITF in 2002 after previously working at the Ministry of Defence of the Republic of Slovenia. Graduating in Organisational Sciences from the University of Maribor, she has been responsible for project coordination as well as rules, processes and implementation of both international and local tenders. 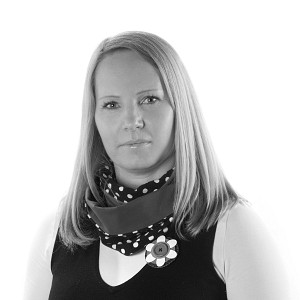 Ms Darja Matelič
Financial Officer
Edarja.matelic@​itf.si
Darja joined ITF in 2003 after working in retail and management. She acquired a Bachelor’s Degree in Economics from the University of Primorska. Her responsibilities at ITF include the preparation of financial reports and accounts, financial plans, payroll and travel expenses, yearly and half-yearly revision documentation, and other document preparation. 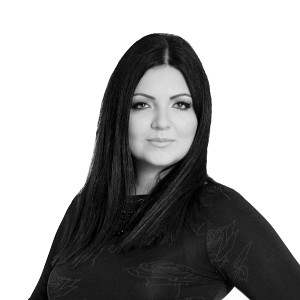 Ms Maja Redžep
Administrative and Financial Officer
Emaja.redzep@​itf.si
Maja began working with the ITF team in Sarajevo in 2014 by taking over the general financial and administrative tasks of the ITF office in BiH. She concluded her Bachelor studies in Business Administration at Cape Breton University before obtaining a Master’s Degree from the Texas A&M University of Commerce. 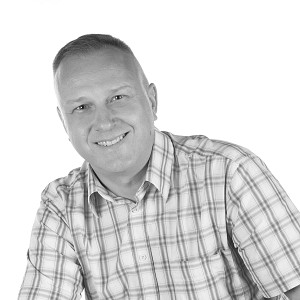 Mr Gregor Sančanin
Head of ITF Representative Office in Bosnia and Herzegovina
Egregor.sancanin@​itf.si
Gregor took over ITF’s office in BiH in 2011 upon a broad array of experience in humanitarian mine action in South East Europe which he had gained by working as an ITF Project Manager starting in 2003. Graduating in English Language and Literature from the University of Ljubljana he previously worked in Slovenian television broadcasting sector. 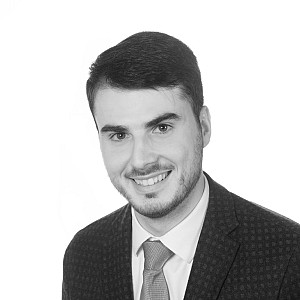 Mr Dino Šujak
Project Manager
Edino.sujak@​itf.si
Dino joined the ITF team in 2017 as an Intern, while studying International Relations at Faculty of Social Sciences. After the obtained Bachelor’s degree in International Relations, he continued in the same field on a masters’ level. Prior to joining ITF Dino volunteered at student associations and gained practical work experience within the faculty and governmental bodies. As a Project Manager he covers the EU related activities and press relations. 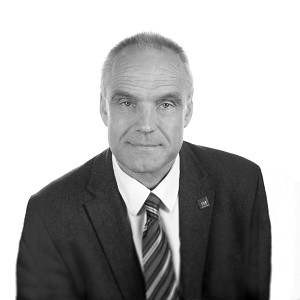 Mr Roman Turšič
Head of ITF Temporary Implementation Office in Afghanistan/Libya
Eroman.tursic@​itf.si
Roman joined ITF in 2000, first responsible for ITF’s projects in Croatia. He later led the office in Bosnia and Herzegovina for a number of years, and in 2014 took over implementation offices in Afghanistan and Libya. An expert on mine action, Roman’s background is in military as he graduated from the Military Academy in Belgrade, and later taught at the Logistic Military Academy in Sarajevo, BiH. 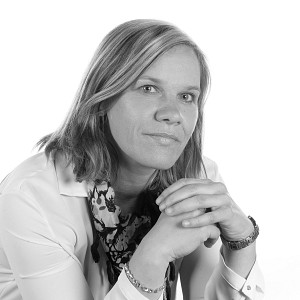 Ms Nataša Uršič
Project Manager
Enatasa.ursic@​itf.si
Nataša became a part of the ITF team in 2001. Upon graduating in Geography and Sociology from the University of Ljubljana, she taught geography at a Primary School in Ljubljana before joining ITF as a Project Manager. She is in charge of projects in Gaza Strip, Albania, Kosovo**, Armenia, and Georgia.
@ITFsi: ITF is proud to announce that 670 families from territories most affected by war in Ukraine 🇺🇦 received food and sa… https://t.co/45Of3ijmbv
@ITFsi: Slovenia through @MZZRS 🇸🇮 continues to support Ukrainian 🇺🇦 refugees. 56 children and their parents attended a two… https://t.co/MWSqfkS15G
@ITFsi: ITF is proud to work on behalf of Republic of Korea 🇰🇷 in Humanitarian Mine Action in Lebanon, Palestinian territor… https://t.co/nWFjmGP1Ye
@ITFsi: H. E. Sultan bin Salmeen Al-Mansouri, Ambassador of Qatar in Slovenia 🇶🇦🇸🇮 based in Vienna, has been a strong suppo… https://t.co/31p3LXmuyM
*The designation Kosovo is without prejudice to positions on status, and is in line with UNSC 1244 and the ICJ Opinion on the Kosovo declaration of independence.