07/06/2019
U.S. funded project is officially underway with the beginning of works.

The project "Mine Free Sarajevo 2020" is the largest single U.S.-funded mine action project in the past 10 years, which covers five municipalities in the Sarajevo region with remaining mine contamination, Stari Grad, East Stari Grad, Vogošća, East Ilidža and Novi Grad. The project is of great importance to the local population and communities that had been surrounded by mines for decades since the end of the war. The City of Sarajevo and the municipalities in East Sarajevo will become free from mines by the end of 2020, contributing to the ultimate goal of mine free Bosnia and Herzegovina. The works began on 24 May 2019 and are envisaged to be completed by September 2020. 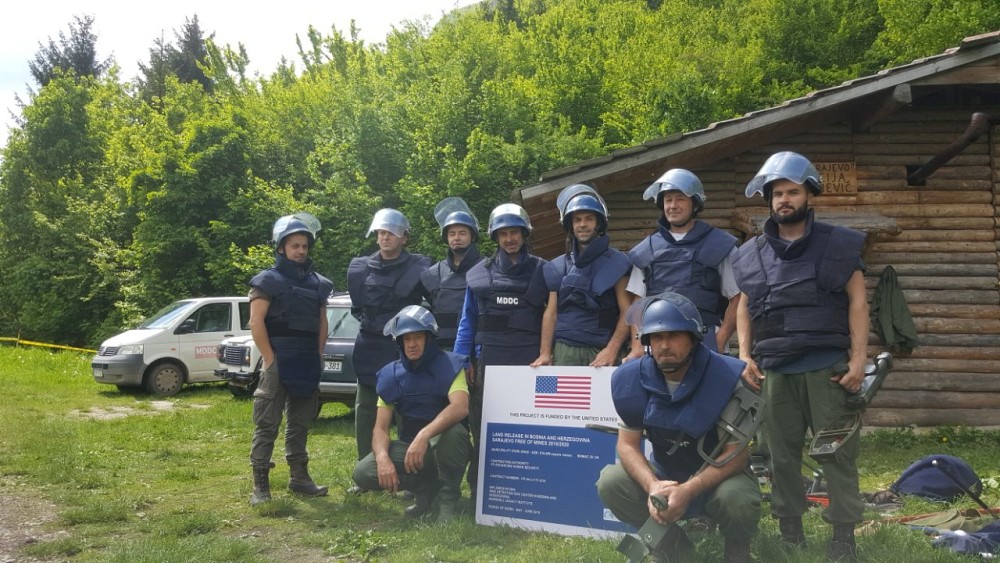 On 06 June 2019, Mr Abdulah Skaka, Mayor of Sarajevo, met with ITF Enhancing Human Security (ITF), Marshall Legacy Institute (MLI) and Mine Detection Dog Center in BiH (MDDC) – partners involved in the implementation of the land release project "Mine Free Sarajevo 2020". The project was launched on 04 April 2019 at the International Mine Awareness Day in the City Hall Sarajevo, and it is funded by the by the United States Department of State Award 19GR0013 through ITF. The partner in the project is MLI, and the works are being implemented by MDDC. The meeting was attended by Director of ITF, Ambassador Tomaž Lovrenčič, Director of MLI, Perry Baltimore, and Director of MDDC, Nermin Hadžimujagić.

Mayor Skaka expressed his gratitude to the U.S. government as a sole donor of the project to release over eight million square meters of mine suspected area thus providing a safer life for all residents and visitors of the city of Sarajevo and the wider region.

MDDC's Director informed about the progress and activities that have been completed so far. ITF’s Director Tomaž Lovrenčič stressed the successful long-term support of U.S., which have contributed over 75.5 million US dollars to mine action activities in Bosnia and Herzegovina through ITF since 1998. 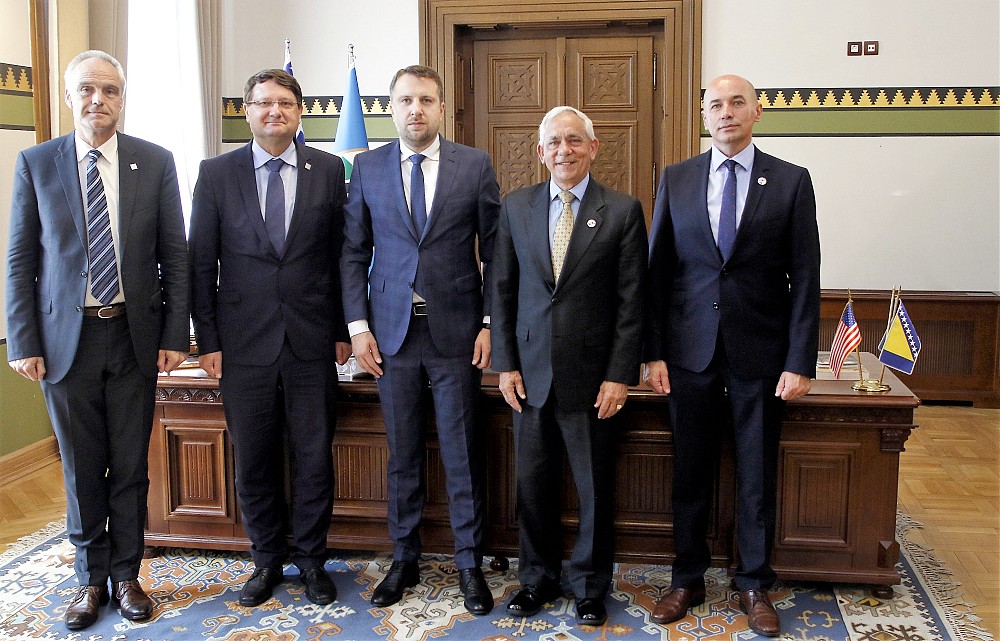