05/04/2019
On 4 April ITF marks International Mine Awareness Day with the Lend Your Leg Campaign.

This year’s International Mine Awareness Day was no different to the previous years. On 4 April ITF rolled up its pant legs and with Lend Your Leg campaign (Posodi Svojo Nogo) expressed solidarity with mine victims, pointing out the fact that mine contamination is still an unsolved issue in almost 1/3 of the world. 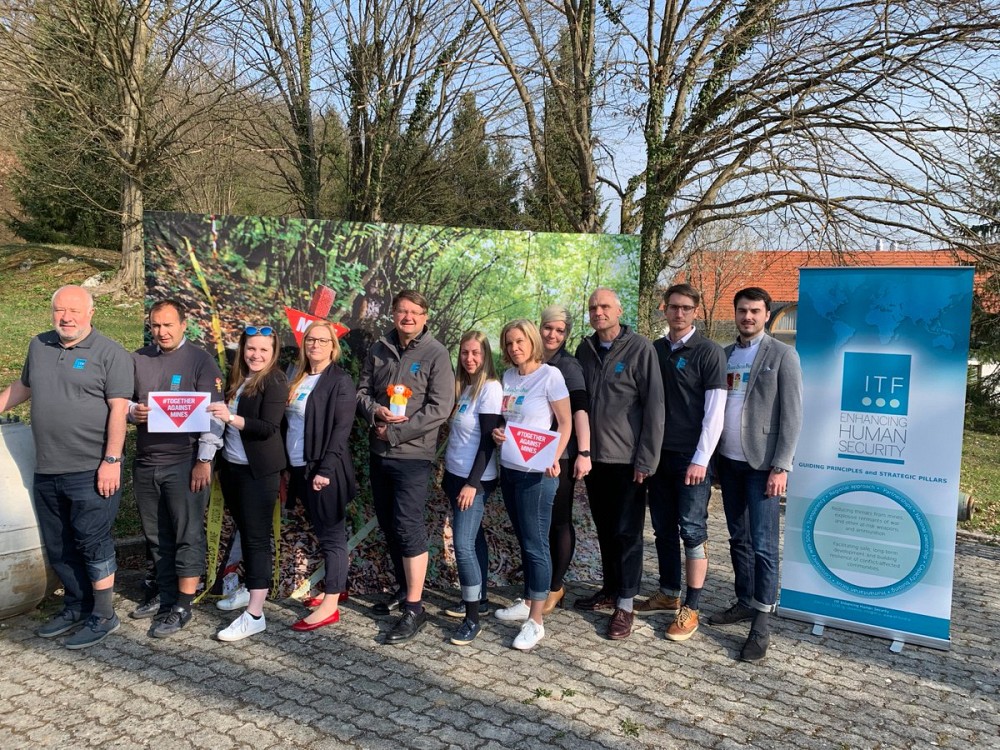 Based on data and the report made by Landmine Monitor, the situation is still dire. In 2017, 7,239 people were killed or injured by landmines and other explosive remnants of war. What is even more staggering, is the fact that 87 % of them were civilians. This was the highest ration of civilian casualties recorded in recent years. Largely due to unexploded cluster munitions and improvised explosive devices, almost half of casualties recorded in 2017 were children.

Even though the number of mine casualties has been on the rise since 2015, the support for victim assistance in recent years has dropped to only 2 % of total international support for mine action. The total sum for humanitarian mine action has increased by 36 % in 2017 (to $771.5 million USD) in comparison to the previous year, yet the funding for victim assistance had dropped from $21 million USD in 2016 to $15.8 million USD in 2017. 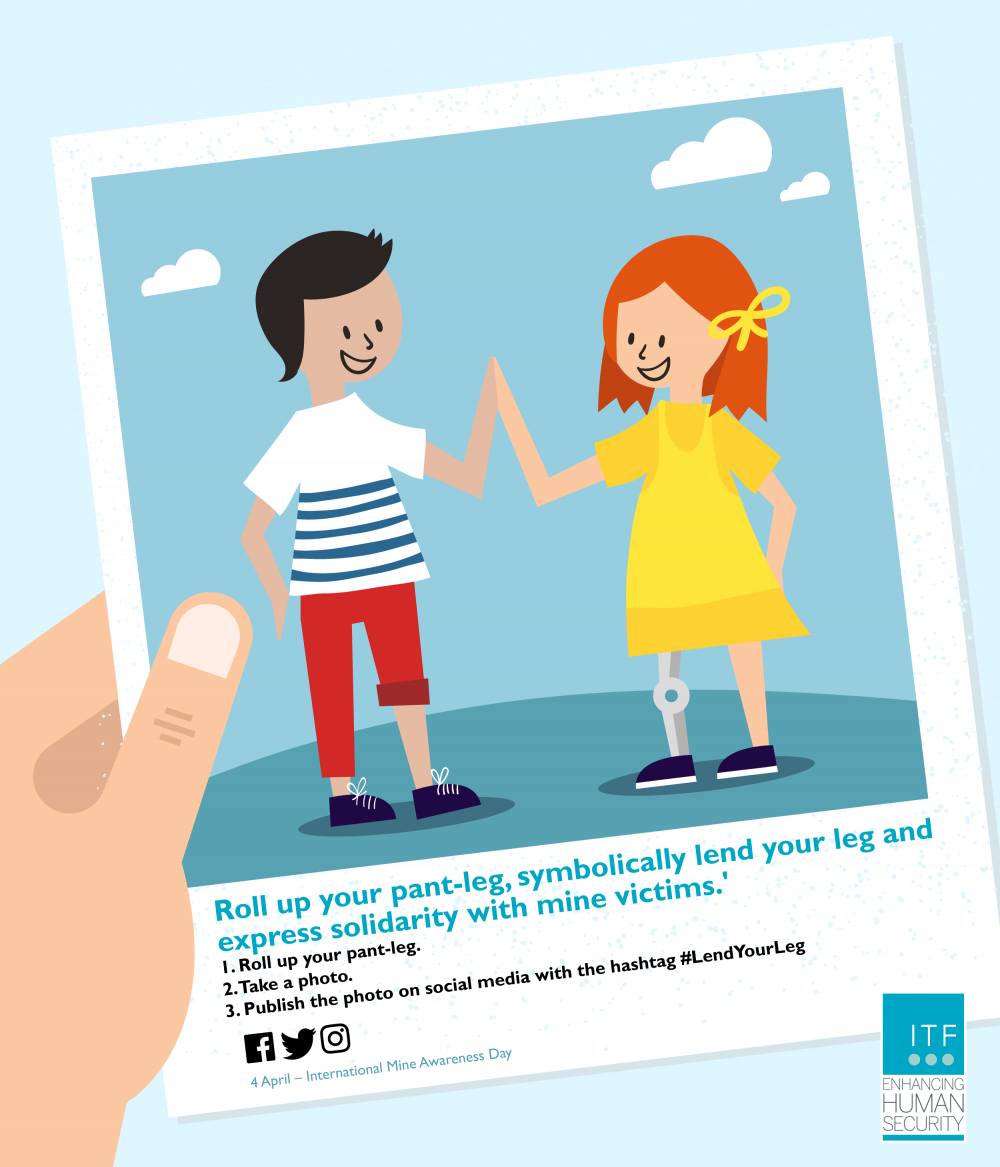 2017 marks also a decrease in cleared mine contaminated area. In 2016 about 170 square kilometers of land was reported to be cleared of landmines, destroying over 260,500 mines. In comparison to that, 128 square kilometers were cleared in 2017 and 175,500 mines were found and destroyed.

Thus, this year’s Lend Your Leg campaign was even more important and relevant. By rolling our pant-legs, ITF called for action and reimbursed the notion of having a holistic approach within humanitarian mine action. These insidious weapons mark an individual and their family for the rest of their lives. They present a serious threat to the whole society, depriving them of opportunities for development and safer future. This is why rolling up your pant-leg does not only express solidarity with the mine victims, but supports the great cause of achieving a mine free world.

The Land Your Leg campaign (in Slovene Posodi Svojo Nogo) was carried out on all ITF social media platforms with the hashtag #LendYourLeg and #PosodiSvojoNogo. It was joined by various Slovene and foreign ministries, embassies, sport teams, government and nongovernment organizations, politicians and ambassadors of Lend Your Leg Campaign. But most importantly, it was joined by individuals who believe that mine victims deserve equal treatment and equal opportunities, and that we should all strive towards a mine free and safe world.

DONATE
@ITFsi: [#Jordan] In Jordan 🇯🇴, ITF and @AMACC_JO provide Syrian refugees with #MineRisk education that will allow them to… https://t.co/3Qo7Hkasuo
@ITFsi: It is truly encouraging to hear such #inspirational stories, which have the power to #motivate all of us! Thank you… https://t.co/0mkoLTOLOY
@ITFsi: [#Afghanistan] ITF has been addressing #landmine contamination in Afghanistan since 2014, working with the… https://t.co/vWXJA8WfD2
@ITFsi: Before the International Day for Mine Awareness, ITF Director would like to share a few thoughts.💭We thank our dono… https://t.co/jZo6wM69KD
*The designation Kosovo is without prejudice to positions on status, and is in line with UNSC 1244 and the ICJ Opinion on the Kosovo declaration of independence.