08/03/2019
ITF and Embassy of Japan in Bosnia and Herzegovina (BIH) signed a new grant contract for a project of technical survey in Vitez Municipality.

At the signing ceremony in Sarajevo, H.E. Mr Hideyuki Sakamoto, Ambassador of Japan in BIH said Sakamoto said that although more than 20 years have passed since armed conflicts in BIH, mines pose a serious threat to the security of the population, and this prevents the country's social and economic development. He emphasized that demining is a complex and demanding task that requires close cooperation between different parties. He stressed that by implementing the project in 2019, 225,400 square meters on 4 project task locations in Vitez will be returned to the local population for safe use.

Amb Lovrenčič, ITF Director, expressed gratitude to the Government of Japan, who has been supporting humanitarian demining projects in BIH for many years. Since 1999, Japan contributed over 3.6 million EUR (4.3 million USD) through ITF for various mine action activities in Bosnia and Herzegovina.

The project is co-financed by the U.S. Department of State. 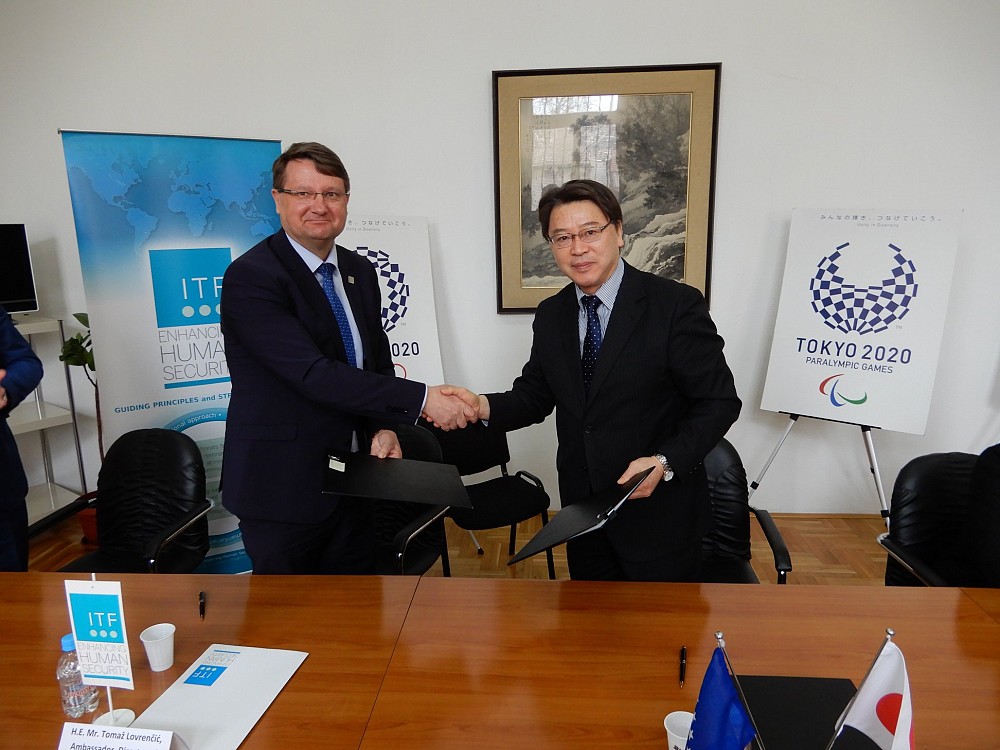