ITF Monitors the Final Phase of Hotspots Clearance in Albania

The project, which is funded  by U.S. Department of State's Office of Weapons Removal and Abatement, started on 15 August 2014, when ITF's implementing partner in Albania, NGO Norwegian People's Aid Albania (NPA) established and trained two EOD clearance teams. At the start of the project, Albanian government allocated 7 hotspots for clearance by NPA: Gjeroven (Berat), Palikesht (Berat), Mbreshtan (Berat), Kordoc (Gjirokaster), Picar (Gjirokaster), Sinanaj (Tepelene) and Jube Sukth (Durres).  As of 31 December 2018, NPA has successfully cleared all hotspots in Berat and Gjirokaster municipality as well as Jube Sukth – Phase 1. NPA is working in close coordination with Albanian Mine & Munitions Coordination Office (AMMCO) that is supervising and executing QA/QC of NPA activities and AAF EOD teams to which NPA was handing over found items for demolition. 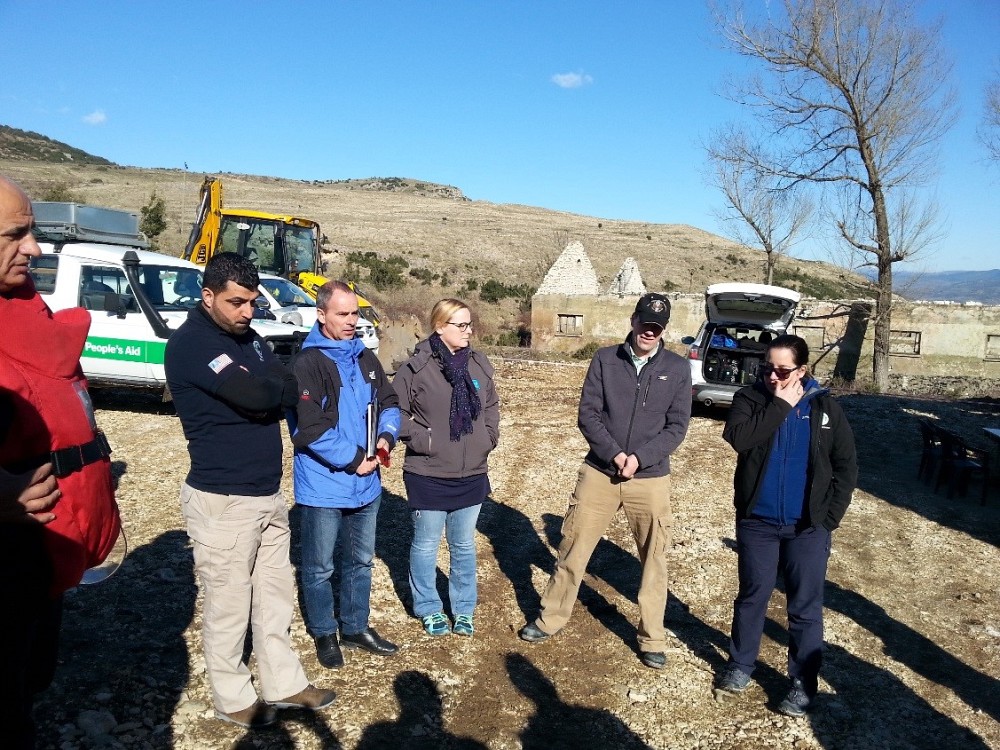 Phase 2 of the Jube Sukth area is planned to start with deployment of two AAF clearance teams under supervision of NPA. The teams were trained by NPA in mid-2018. On 12 February 2019, ITF Deputy Director, Sabina Beber Boštjančič and ITF Project Manager, Nataša Uršič met with Deputy Minister Petro Koci at Ministry of Defense of the Republic of Albania on finalizing the efforts for engagement of AAF teams for hotspots clearance in Albania. 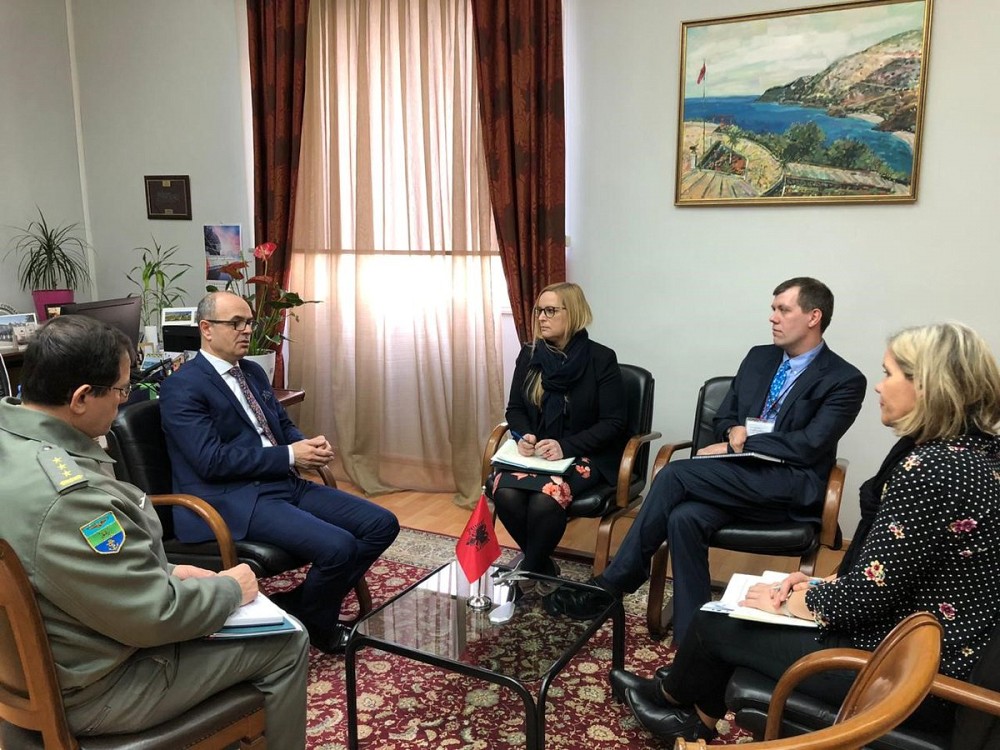 NPA concluded technical survey of Sinanaj hotspot in Tepelene municipality and started clearance in Sinanaj task on 22 November 2018. On 13 February 2019, ITF Deputy Director, Sabina Beber Boštjančič and ITF Project Manager, Nataša Uršič together with Political-Military Officer at U.S. Embassy in Tirana, Timothy Enright visited clearance site in Sinanaj. The area is contaminated with ammunition from unplanned explosion of six storage areas, during which two persons lost their lives. More than 2,000 tons of ammunition were in storage at the time of the explosion and created significant contamination in the areas around, preventing people from using the areas, as well as still posing threat for the population, as some of the items are still found on the surface. Representatives of the local authorities also greeted the delegation and thanked for support. 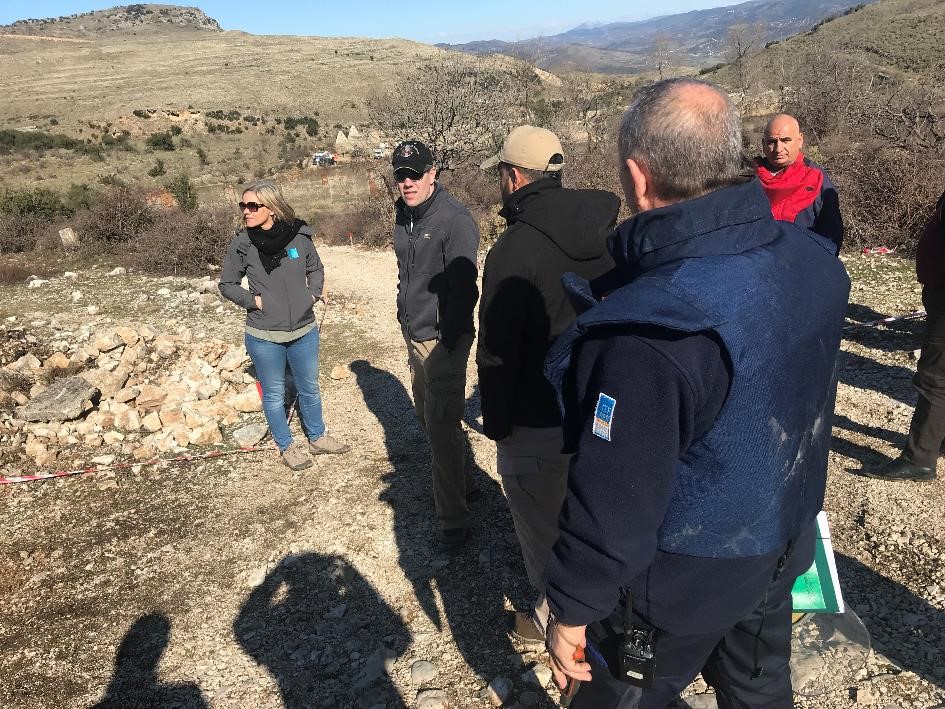 ITF is looking forward to successful completion of hotspots clearance in Albania in mid-2020 and wishes NPA and AAF safe continuation of clearance works. 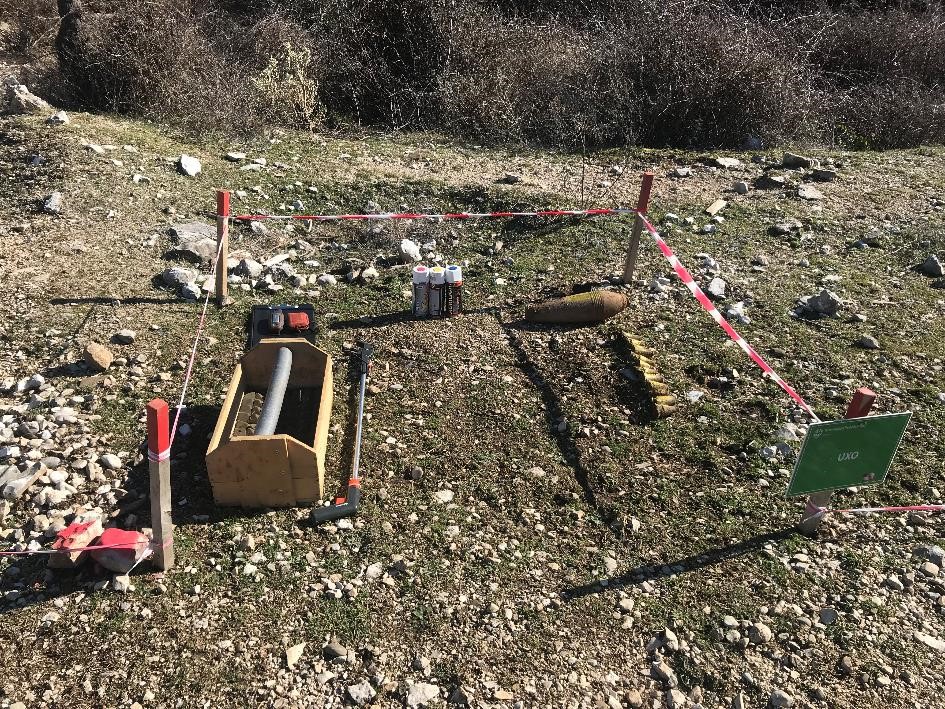