ITF participated at the 17th Meeting of State Parties to the Ottawa Convention. The international community is slowly making progress towards a mine free world, yet in many areas mines still hinder any possible development. On the first day of the conference 7 countries presented their requests for an extension of the completion period of the article 5 of Ottawa Convention. The reasoning for the requests varied from insufficient funding, instability within the country, remote terrain, to the lack of national capacities. 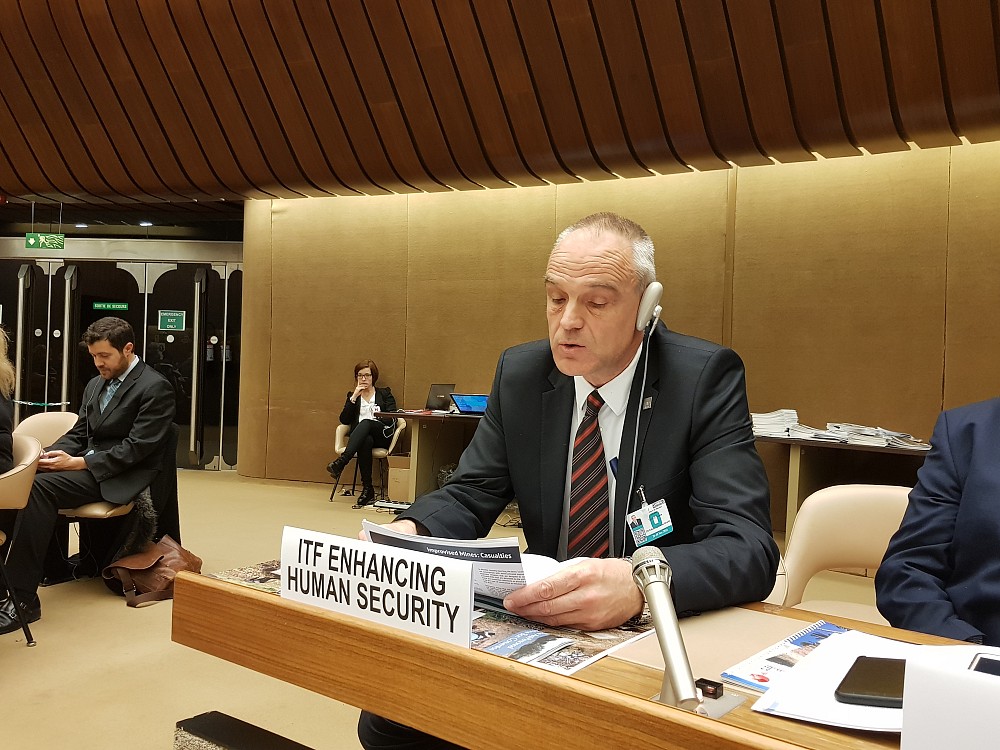 Head of ITF Office in Afghanistan and Libya Mr Turšič: "Minefields can be cleared and safe to live on, but without helping mine victims become mine survivors, no society can benefit and develop in the long run."

The 17th MSP was also an opportunity for the latest report on mine action for 2017. To this day there are still 60 states and regions contaminated with landmines. In 2017, 124 km2 of land was cleared and 168,000 mines were found and destroyed. Unfortunately, the year did not pass without mine caused injuries and fatalities. 18 countries recorded fatalities due to landmines and improvised explosive devices (IED). In total, the year 2017 marked 7,239 mine/ERW victims, out of which 2,793 individuals lost their lives (87% of them were civilians). Landmine Monitor reported that the trend of mine victims is on the rise in recent years, where also children are being affected. Most of these mentioned accidents and deaths occurred in Afghanistan, Syria, Ukraine, Iraq and Yemen. Even though the year 2017 was the highest year in collected funds for mine action (771.5 million USD), less square kilometers of contaminated land were cleared and the trend of decreasing funds for victims assistance is still strongly present.

In addition, ITF Director Tomaž Lovrenčič participated at the side event Mine Action Donor Strategies – Lessons for the Revision of the EU Guidelines for Mine Action under the sponsorship of EU Non-Proliferation and Disarmament Consortium. Ambassador Lovrenčič participated at the panel Regional and Global Action Strategies, where he emphasized the necessity of adhering to the wishes of the donors and the synergy with their foreign political goals. In his opinion, ITF is a great example how efficient and effective mine action activities can be achieved though the strong support of donors. He concluded his remarks with the call for ‘exit strategies’ of mine affected countries, which are currently lacking. 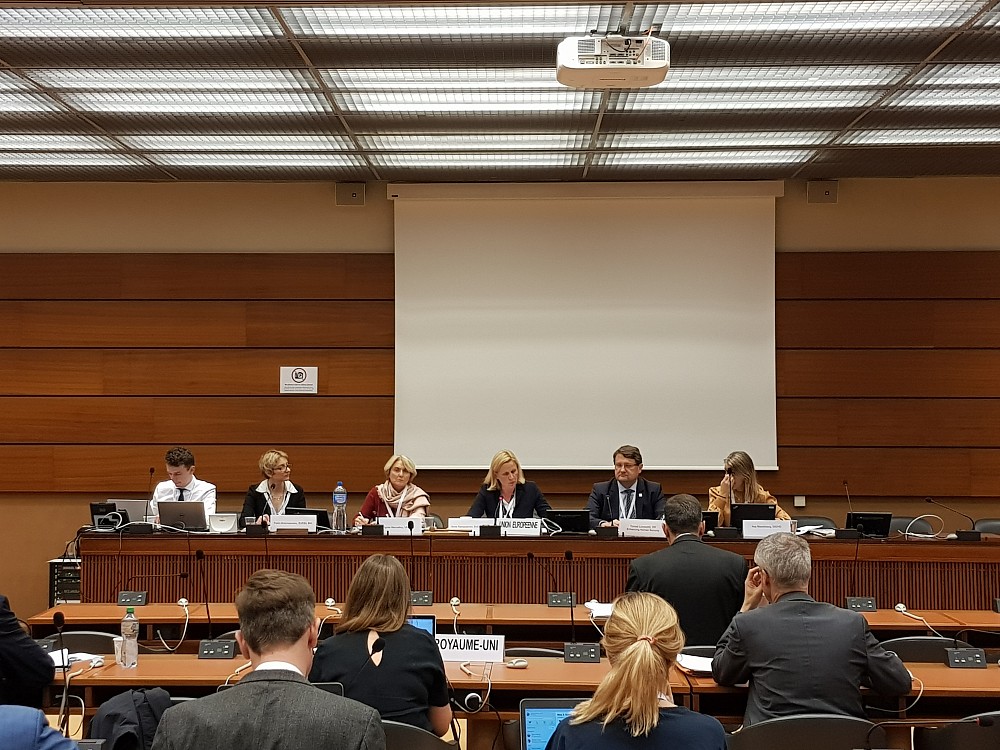