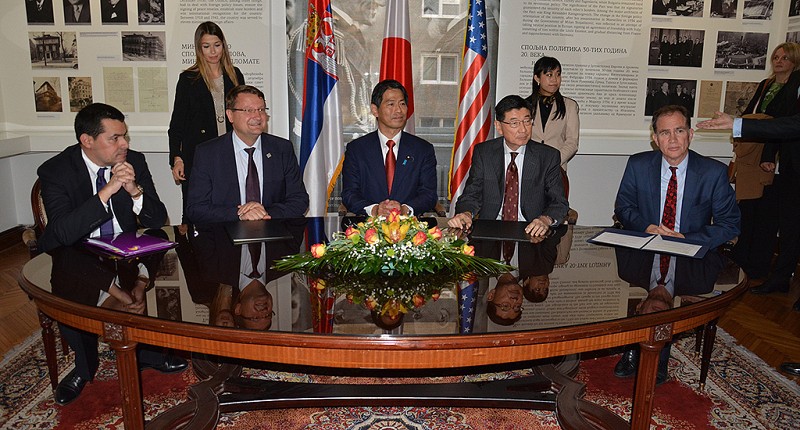 On Wednesday, 17 October 2018, ITF Enhancing Human Security (ITF) and Embassy of Japan in Serbia signed a grant contract for the project Turijska Brda in Municipality of Bujanovac. Project activities of mine clearance cover 389.220 square meters.

The contract signing ceremony was attended also by State Secretary of the Ministry of Foreign Affairs of Serbia, Mr. Nemanja Stevanović, Mr. Kurt D. Donnelly, Deputy Chief of the U.S. Embassy, delegations from Japan and United States of America, representatives of U.S. Embassy in Serbia, representatives of Ministry of Foreign Affairs of Serbia, Mine Action Centre of Serbia and ITF Enhancing Human Security.

Ambassador Lovrenčič expressed his gratitude for generous donation of Japan in a sum of 564.500 EUR. With this support of Japan, Serbia makes one step closer to resolving its mine problem.

The demining process in Serbia has a much more profound importance than mere removal of mines and unexploded ordnance (UXO) from the ground. This wider process, apart from enhancing human security and basic personal safety, provides pre-conditions for further process of socio-economic development and reconciliation, empowers every single individual with basic human rights, as well as addresses and further supports a wider context of democratization and EU accession processes.