10/05/2018
With donation provided by the Ministry of Foreign Affairs of the Republic of Slovenia ITF enabled two new telemedicine centers thereby concluding the third and last phase of the Cabo Verde Integrated Telemedicine and e-Health Program. 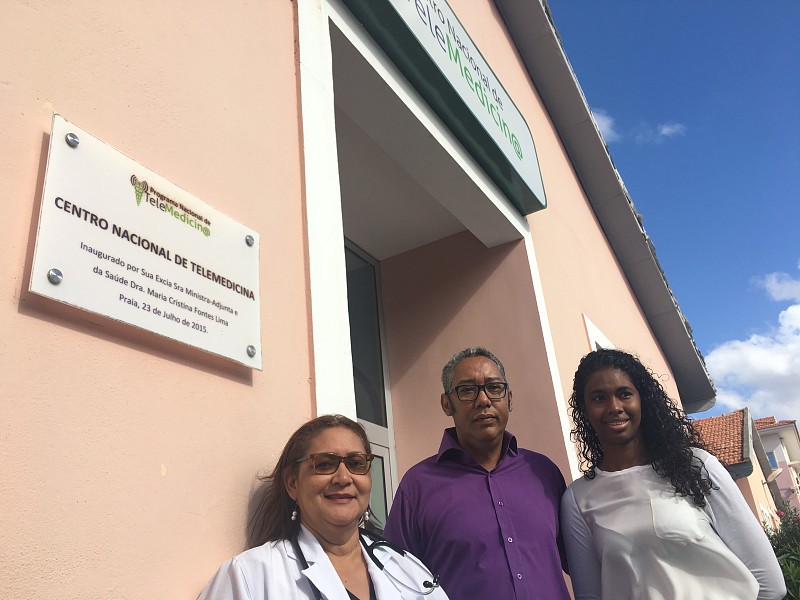 9 May 2018, Santa Cruz, Island of Santiago, Cabo Verde – To mark the successful conclusion of the Phase III of the Integrated Telemedicine and e-Health Program in Cabo Verde an inauguration of the last two established telemedicine centres has taken place in Santa Cruz (island Santiago) and Tarrafal de São Nicolau (island São Nicolau). The two healthcare facilities are thereby integrated in the national telemedicine network linking their referring telemedicine centres with consulting centres in tertiary healthcare facilities in the capital city Praia and city of Mindelo in São Vicente island. From now on, inter-institutional teleconsultations between healthcare staff are possible enabling tertiary healthcare services to local population in more remote island and areas.

The Republic of Cabo Verde is an archipelago of 10 islands and 8 islets located in the central Atlantic Ocean, approximately 450 km off the coast of Senegal, West Africa. Cabo Verde has relatively well developed healthcare capacities where hospitals, health centres and pharmacies are to be found on all nine inhabited islands. However, there is a shortage of specialist physicians[1] and lack of proper infrastructure as well as technical equipment especially in outlying islands and remote areas. Consequently, patients many times need to travel and seek treatment in main hospitals or even abroad for proper treatment.

The doctors are mostly educated and trained abroad, mainly in Portugal and in Brazil. Factors described above and hostile geography – large distances between the islands and extreme isolations, significantly impede provision of high quality care and makes the accessibility of health care services at the community levels very difficult, if not impossible at times.

A combination of country specifics, lack of specialists, long distances between the islands and major health care needs in the country, and a relatively well-developed telecommunications network on the other hand makes Cabo Verde an ideal place for implementation of technically advanced solutions in the field of telemedicine and e-health with the purpose to enhance the healthcare sector and provide to approximately 500,000 Cabo Verdeans adequate, good quality and accessible health services.

After conducting a thorough on-site assessment in 2011 in close cooperation between the ITF and IVeH (International Virtual e-Hospital Foundation) as project partners and key stakeholders from the Ministry of Health of Cabo Verde the Integrated Telemedicine and e-Health Program kicked off. The latter has its basis in the Agreement on Development Cooperation between the Republic of Slovenia and the Republic of Cabo Verde determining heath sector as one of the target areas of development cooperation.

With a holistic approach, the multiphase telemedicine program has focused on establishing a Telemedicine and e-Health network in Cabo Verde by:

- providing the telemedicine and e-health equipment to 14 pre-selected hospitals throughout all 9 inhabited islands;
- establishing a platform for continuous medical education (videoconferences and electronic medical library);
- providing training for the workforce (doctors, nurses and technicians) that will operate and maintain the telemedicine network connecting 14 centers countrywide;
- ensuring the network`s integration into the country`s healthcare system and its sustainability.

There are two consulting hospitals with telemedicine centers on each of the two main islands – São Vicente (Mindelo) and Santiago (Praia) – providing tertiary care (also through the telemedicine network) to all islands. The Telemedicine Program enables daily medical teleconsultations/assistance to remote sites in Cabo Verde, continuous virtual medical education, research and international collaboration with institutions worldwide through the usage of installed sophisticated telemedicine equipment.

The inauguration of the two new telemedicine centres was attended by distinguished representatives of the donor country, the Republic of Slovenia, and representatives at ministerial and municipality level of Cabo Verde. In his speech, H.E. Ambassador Matjaž Šinkovec stated that: “Cabo Verde is very close to our hearts as a great democracy, with full respect for the rule of law and human rights, and our cultures are not as far apart as the 6-plus hour flight distance might suggest. The telemedicine program has been the largest and financially heaviest development project the Republic of Slovenia has done in the African continent. A strong partnership has been established on state as well as expert levels. The established infrastructure, such as the videoconference rooms, could be further used for educational needs, perhaps provided by Slovenian health experts. I understand the health sector of Cabo Verde is in need of improvement also in the area of its informatization system. There are a number of top-notch Slovenian companies that could get involved. Finally, there are quite a few other target development areas in the bilateral agreement that have not yet been explored.”

The Minister of Health and Social Security of the Republic of Cabo Verde, Dr. Arlindo Nascimento do Rosário stated that: “Cooperation between the Republic of Slovenia and the Republic of Cabo Verde is an exemplary cooperation, particularly in the field of strengthening the health sector. The project is an important investment linking our islands, connecting our healthcare workers from various islands, providing them with training and remote consultation, integrating healthcare at primary, secondary and tertiary level, which significantly contributes to reducing the number of patients’ evacuation and thus reducing the social and financial costs resulting from these evacuations. Cabo Verde is a regional example of good practice and a reference in the field of telemedicine use. With the completion of the third phase, the geographical outreach of the activities via international telemedicine networks will be further extended, both with reference and consulting hospitals in the Community of Portuguese Language Countries as well as with other European, African and Asian countries.”

A recent comprehensive evaluation of the project for the period 2011–2017 executed by Deloitte finds out that: “In general, the telemedicine projects financed by Slovenia were successful, effective and efficiently delivered. The high priority of the project on the national agenda has translated into ownership of the program by all key stakeholders. The telemedicine network is integrated into the healthcare system of Cabo Verde, and the country is committed to the project as demonstrated via financing of the National Telemedicine Centre, provision of adequate space for videoconferences in all telemedicine centre locations, and employment of full time administrators for telemedicine. These measures, in turn, are key for ensuring sustainability of the national telemedicine program.”[2]

[1] The University of Cabo Verde started a pre-graduate medical education program only in October 2015. 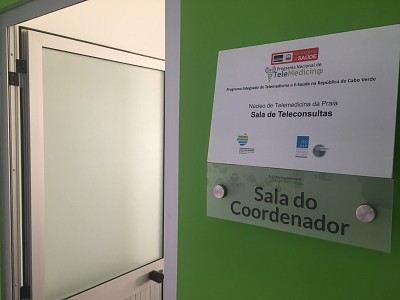 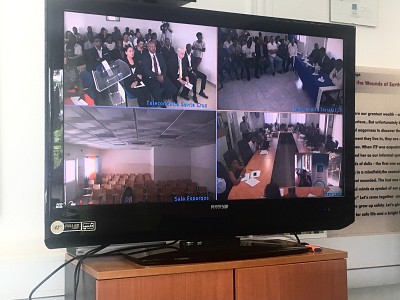 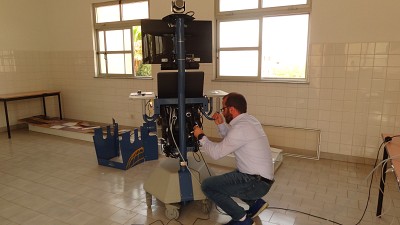 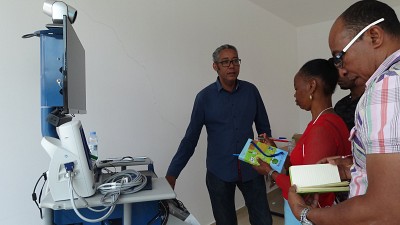 DONATE
@ITFsi: ITF Director, Amb. Tomaž Lovrenčič visited #Erbil to formalize our cooperation with the Iraqi Kurdistan Mine Action… https://t.co/cnrw6kEP38
@ITFsi: ITF Deputy Director, Ms Beber Boštjančič met with representatives of @DefenceU in Kyiv 🇺🇦 the past week as a part o… https://t.co/RCDdVZmPgF
*The designation Kosovo is without prejudice to positions on status, and is in line with UNSC 1244 and the ICJ Opinion on the Kosovo declaration of independence.