27/09/2022
The ‘Clear then Grow’ project integrated the clearance of explosive ordnance and EORE. It went beyond ensuring a safe environment for the rural communities in Northeast Syria and provided direct assistance in support of agricultural livelihoods.

During the destabilization of the area and conflict, a large part of Northeast Syria (NES) turned into a battlefield. What used to be fertile land was contaminated with explosive ordnance (EO), which has since presented a constant threat to people’s lives and limbs. With the support of the Austrian Development Agency, Knights of Columbus and Ministry of Foreign Affairs of the Republic of Slovenia, ITF was able to carry out the ‘Clear then Grow’ project, which integrated the clearance of EO and EO risk education (EORE) with agricultural support provided to local rural communities. After two phases in a combined duration of little less than three years, the project came to an end on 31 August 2022, leaving an optimistic legacy behind. 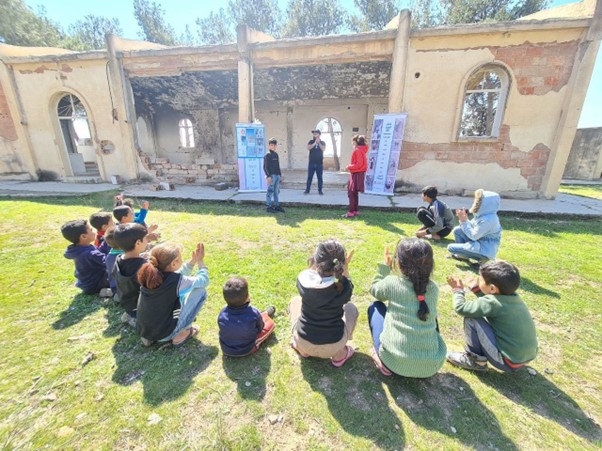 By the end of the project, over 563 hectares of land were handed over back to locals for farming and other productive uses. More than 11,000 adults and children benefited from in-person EORE sessions, essential for avoiding EO related accidents in the future. Following clearance efforts, agricultural support was provided through seven different activities to serve the individuals and the rural community affected by EO contamination directly. Beneficiaries received assistance in terms of livestock and fodder, barley seeds and inputs to assist in their growth, seeds appropriate for home gardening, such as tomatoes, zucchini, cucumber; equipment for shops, vouchers for the most vulnerable families disbursed from local shops and seminars to support small agribusinesses. 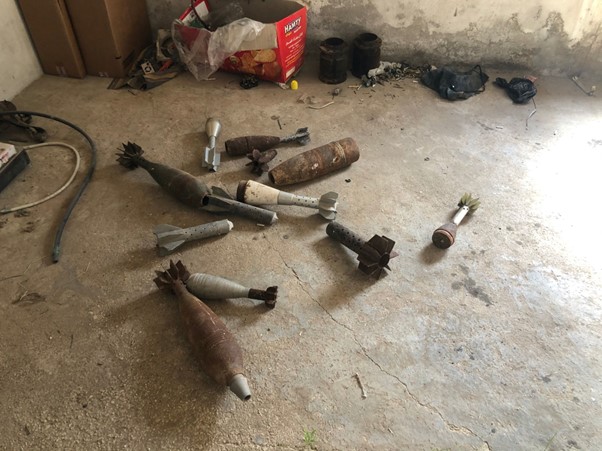 The aim of this projects was to help improve livelihoods by providing the beneficiaries from rural communities with input that would help them increase their income. The project assisted in the improvement of the living conditions of village residents, resulting in lower product prices because of the higher supply of food available and lower production costs.

One of the difficulties the project was faced with was severe drought in the region which affected the impact of agricultural support provision, especially for barley farmers whose fields are rainfed. Those farmers received additional assistance to help them purchase seeds for the next planting season, with the hope that the irrigation system could be improved, or the drought won’t be as severe.

Implemented during challenging times for the world at large, the project succeeded in overcoming numerous operational challenges and the challenges posed by the Covid-19 pandemic. If anything, these developments exacerbated humanitarian needs in NES and underpinned the need for such programs.

Overall, the project provided support for 340 families in two communities affected by explosive hazards to help them rebuild their agricultural livelihoods. Over half of the households that received support are run by women who often support their extended families. Considering the scale of humanitarian needs in NES and difficult living conditions, this intervention was nowhere near enough to address all the needs of EO-affected communities. ITF is hopeful, though, that the general request among the beneficiaries for the projects to be repeated in the future and on a wider scale will be granted. 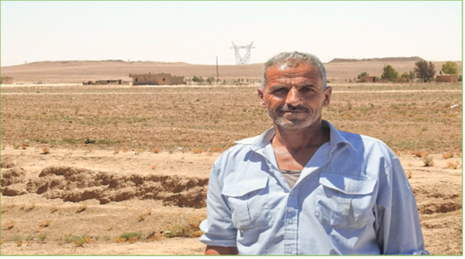 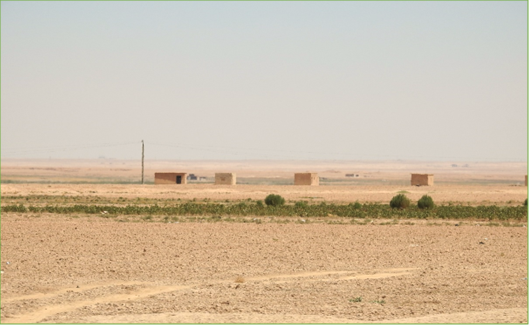 View of a rural community

‘Now we have a job, and we have production, but the production is low because of the drought this year.’ (Ahmad,* barley support beneficiary)

Ahmad is one of the barley activity beneficiaries, who were provided with substantial amount of barley seed for planting their lands. Due to the lack of rain, their rainfed crops had limited success. Ahmad was provided with an additional portion of barley seeds for cultivating his lands next season.

*All beneficiary names have been changed for privacy reasons. 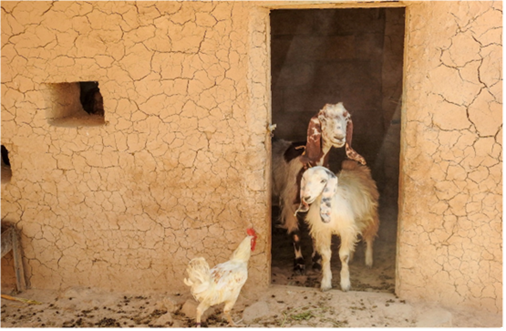 Livestock provided through the project 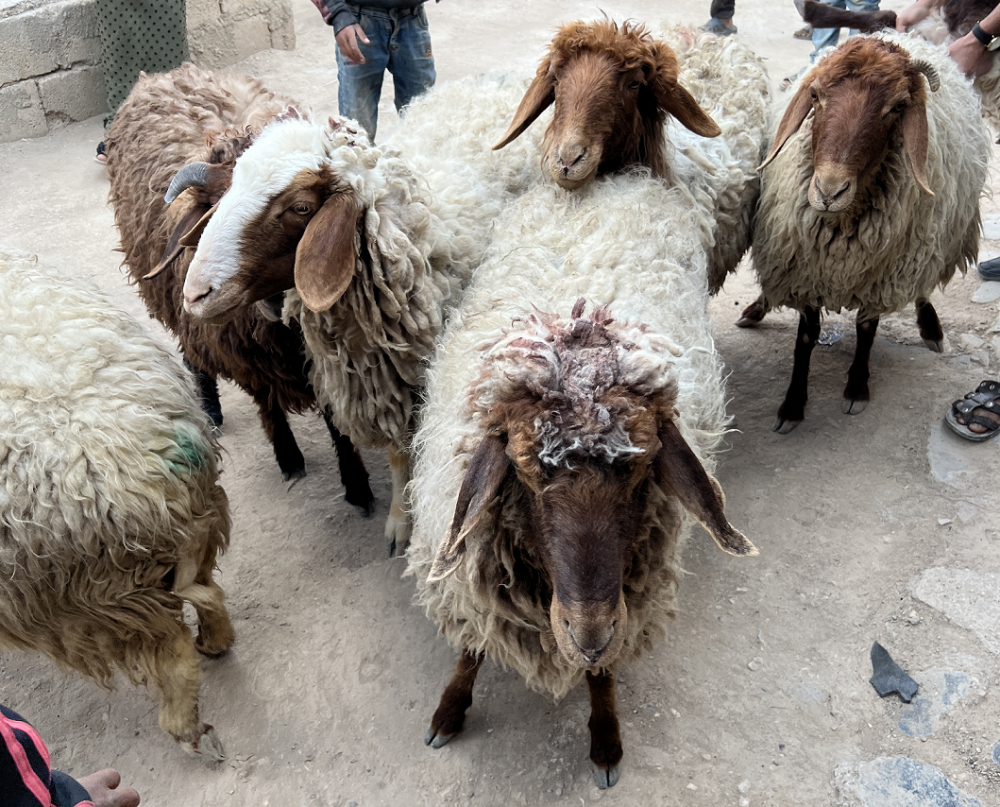 Livestock provided through the project

‘My life has changed as I no longer need to buy milk and yogurt from the shops anymore.’ (Amina, livestock beneficiary) 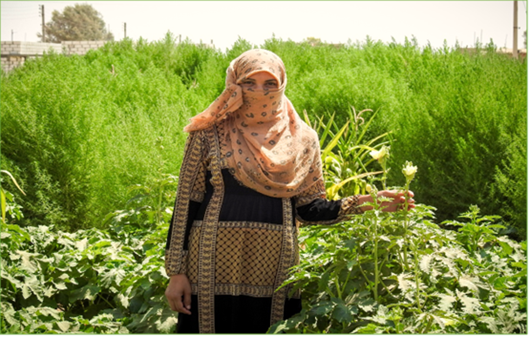 Close and constant community liaison is key to cooperation with the residents of local communities.

‘The project had a positive impact on the availability of summer vegetables, such as tomatoes, cucumbers, and eggplant. In previous years, the vegetables were expensive because they came from the markets in the city. This year, the village and its shops were provided with vegetables grown inside the village at a lower cost.’ (Yasmeen, home gardening beneficiary)

Yasmeen is one of 100 home-gardening activity beneficiaries, who have been provided with seeds, fertilizers, and agricultural tools for growing food in their home gardens. This was carried out to support self-sufficiency and to allow farmers to sell their products if possible. 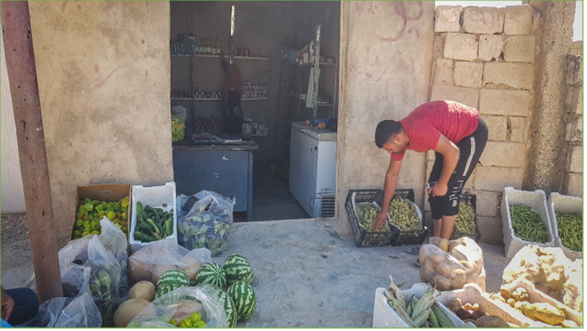 A local shop supported through the project 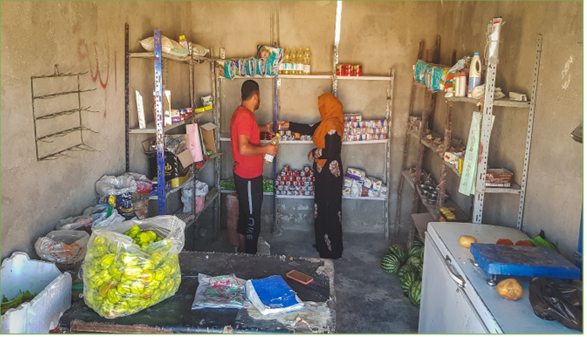 A local shop supported through the project

Noor is one of the beneficiaries of small business support activities and was provided with assistance in setting up and running her own shop. Her shop provides income to her and her family and benefits the community members overall. This includes the most vulnerable families that were able to redeem the vouchers provided through the project. 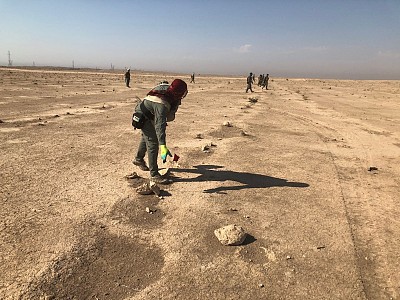 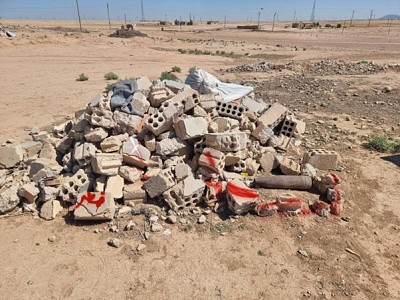 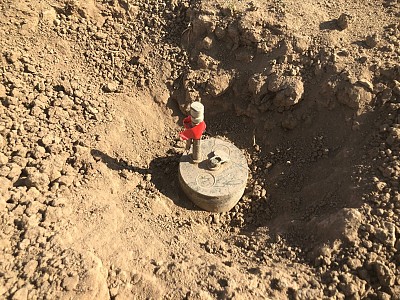 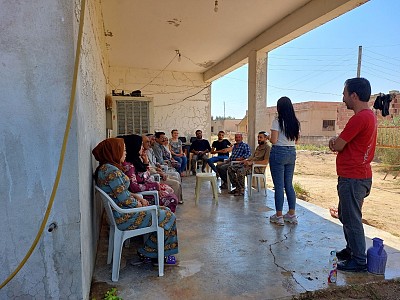 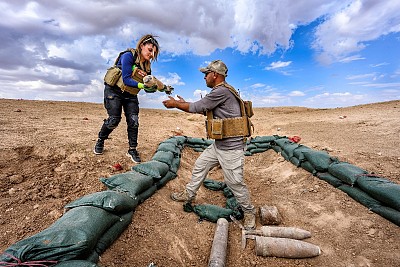 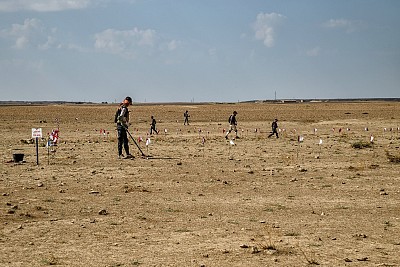